Social success skills (social intelligence, grit, noncognitive skills, etc) have risen to the forefront in contemporary education conversations. Greater emphasis is being placed on teachers learning how to develop these skills, schools incorporating them into the curriculum, and students demonstrating them in multiple meaningful ways. Much debate ensues regarding what social intelligence is, whether it can be nurtured, and what impacts it can make. In order to further our understanding of the current dialogue, it is important to look at the historical roots. I will do this by providing a contextual summary of the first known book to have used the term "social intelligence" in the United States. My definition of a contextual summary is a comprehensive yet concise synopsis of a literary work that also explains the set of circumstances and historical period that surrounds and influences that literature.

The term “social intelligence” is believed to have been first introduced to the United States by John Dewey in his 1909 book titled Moral Principles in Education. I will briefly discuss the American social and academic contexts at the time of its publication. Afterwards, I will provide a short introductory bio on John Dewey. Once the historical context is established, I will summarize the content of his book and discuss how it relates to today’s American society.

In 1909, Theodore Roosevelt completed the end of his second term as president and his hand-picked successor, William Howard Taft, won the election and became the 27th president. According to estimates and data collected for the 13th United States Census in 1910, the population across the 46 states was 91,972,266 a year after Dewey’s book was published. 88.9% of Americans were White, 10.7% were Black, and the remaining 0.4% was composed of all other groups. 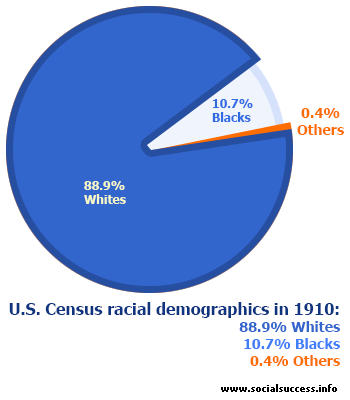 During this time, the United States was in a period that is often referred to as the Progressive Era. Many attempts were made to fight against corruption and promote efficiency. New laws were established to regulate monopolies, cartels, and other unfair business practices. Furthermore, an efficiency movement was spreading throughout multiple industries in an attempt to replace old wasteful methods with modern procedures that would make use of the scientific and technological breakthroughs occurring at that time. Moreover, Progressives envisioned Direct Democracy as an answer to the political corruption throughout the country. The goal was to provide citizens with more voting power so that they could recall incumbent officials on the state level and have more control over the introduction or amendment of state laws. 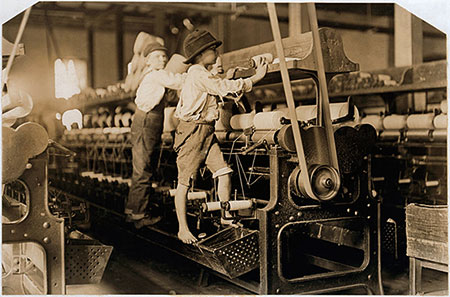 Additionally, multiple efforts were made to promote the formation of healthy family lifestyles during this era. Child labor laws had not yet been established in the United States but a movement was underway to abolish child labor because an estimated 2 million young children were working 12-16 hours a day. The promotion of healthy families also inspired regulations in the food and medicine industries. The recently signed Pure Food and Drug Act had begun penalizing companies for mislabeling products, enforcing the inspection of foods, and banning harmful and addictive drugs.

Technological advancements in cinema helped the film industry become popular with many families visiting theaters in urban cities throughout the United States. In fact, The New York Times had published its first movie review on D. W. Griffith’s Pippa Passes that year. Technological advancements in the auto industry also revolutionized transportation. Automobiles had previously been a luxury enjoyed by only the wealthy until Henry Ford introduced a new affordable Model-T automobile line. The Model T Ford Club of America estimates that 10,660 automobiles were first produced for 1909. Furthermore, after inventing the first airplane that could transport a human through the air in 1903, Orville and Wilbur Wright were hosting several flight demonstrations in Europe and America in 1909. They officially incorporated their business, The Wright Company, later that year. Eventually, they would also go on to sell several planes to the United States Army. 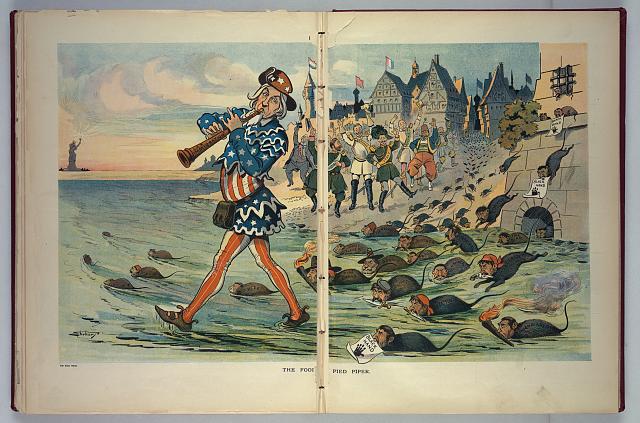 Changes in the immigration population at that time were also notable. The percentage of immigrants rose from approximately 9.7% in 1850 (when data was first collected) to approximately 14.7% in 1910. Europeans had already been immigrating into America for many decades but the number of new European Americans quickly increased with each passing decade, rising to the highest total ever. Their countries of origin varied widely. Prior to 1890, most immigrants had migrated from Northern and Western European countries such as Germany, England, Scotland and Ireland. Yet, by the time Dewey’s book was released in 1909, approximately 70% of immigrants were coming from Southern or Eastern European countries such as Italy, Greece, Poland, and Russia. The Northern and Western Europeans Americans had already established themselves in the United States by this time and began to be referred to as the Old Immigrants. In contrast, Eastern and Southern European Americans were being referred to as the New Immigrants. Tensions grew between the two groups because of favoritism given to the Old Immigrants. They viewed themselves as superiors because of their shared religion (Protestant), shared language (mainly English) and higher socioeconomic status. Whereas, the New Immigrants practiced different religions (Jewish, Roman Catholic, Eastern Orthodox), spoke multiple languages (Italian, Greek, Polish), and were assumed to be from a lower socioeconomic level. This led to discrimination against the New Immigrants who were often paid lower wages and limited to jobs that most Old Immigrants were less interested in.

Native born American citizens were also facing discrimination at this time. Racial segregation had been legal in the United States since Plessy v. Ferguson in 1896 and was still in effect in 1909. Many African Americans had been lynched prior to the 20th century but hundreds more continued to be lynched during that first decade of the 1900s. Multiple race riots had also occurred up to this point. Notably, a race riot in Springfield, Illinois 1908 would eventually lead Black and White civil rights activists to come together and form the National Associate for the Advancement of Colored People (NAACP).On a positive note, African American land ownership was high in Oklahoma at this time. They owned 1.5 million acres of land. Additionally, Sarah Breedlove, also known as Madam C. J. Walker, was well on her way to becoming the first female self-made millionaire. She is also recognized as being the first Black self-made millionaire. Her beauty and hair care products for Black women would eventually expand across the United States, Costa Rica, Cuba, Haiti, Jamaica, and Panama. 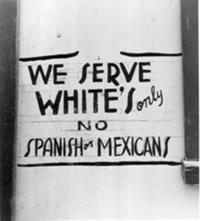 At the same time, the number of Asian Americans was low due to government restrictions that denied Chinese and Japanese the right to enter the United States. Native Americans had already been forced off of their land during previous decades but they were now also being pushed to assimilate into White American culture or live on reservations. Meanwhile, Mexican Americans were a small percentage of the population but their numbers were steadily increasing because of economic opportunities in the United States. Their numbers would soon rise even higher because of the upcoming Mexican Revolution the following year. However, they also experienced discrimination and segregation.

Gay Americans were becoming more visible in big cities such as New York City during this time. However, many non-gay citizens often spoke out against gay lifestyles. In response, a sexology study was produced by Edward Stevenson (under the pen name Xavier Mayne) titled The Intersexes: A History of Similisexualism as a Problem in Social Life. It was published a year earlier, in 1908, and it is recognized as the first study defending LGBT lifestyles published in America.